You are here: Home1 / About Jodi

Jodi’s world has always revolved around the rich tradition of classical ballet. As a young girl, she studied with Natalia Clare (Ballet Russe de Monte Carlo) and was annually awarded a scholarship to George Balanchine’s School of American Ballet. At the age of 16, Jodi was invited by Robert Joffrey to attend company class at the San Francisco Opera House. Not long after she became a member of his New York based Joffrey II touring company followed by joining the main company, the Joffrey Ballet.

The Joffrey Ballet consisted of 40 dancers. Robert Joffrey’s ethos was “All Star, No Star”, and his company was an ensemble without a structure of ranking. During Jodi’s career, the Joffrey repertoire included much of Sir Frederick Ashton’s choreography from the Royal Ballet. After being cast in Ashton’s Monotones I, it became one of Jodi’s favourite Principal roles. Apart from her work with the Joffrey, Jodi had been selected to dance with the Stars of the Bolshoi Ballet, as well as with Margot Fonteyn and as a guest artist with the Radio City Music Hall Christmas Spectacular.

Over time, she expanded her artistic vision by directing her own dance company for the Los Angeles Music Centre on Tour. Jodi’s list of teaching credits also includes dance centres and conventions in almost every capital city in the US as well as Australia and Japan. Besides holding workshops at many dance festivals, she taught at University of Southern California and Cal Poly University Pomona. Upon moving to Sydney in 1994, Jodi was appointed Principal of the Classical Ballet department at the David Atkins Dynamite Dance Studios. In 1997 she began her own school, the Jodi Rose Ballet Studio.

Most recently Jodi organised for Kim Sagami, Ambassador for The Joffrey Academy of Dance Chicago (Official School of The Joffrey Ballet) to give audition classes in Sydney.  The chance for young talent to have more exposure to such experiences with the opportunity to be invited to dance overseas is close to Jodi’s heart.

Jodi was married to the late Olympic swimming champion, Murray Rose and in 2015 her book, “Journeys of the Heart – Carers’ Stories of Love, Loss and Transformation” was released by Arbon Publishing.  In 2017 as playwright for “Sylph”, Jodi’s one woman show featured actress Gertraud Ingeborg and premiered in Sydney. In 2018, it was performed in Italy. 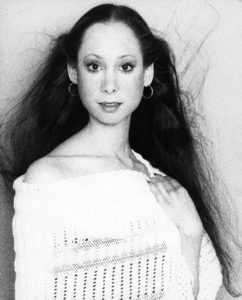